skip to main | skip to sidebar

Thursday 21/11/2013
Got an early start this morning and drove to Taralga to the Showground and set the van up and then went out to Wombeyan Caves.
Did the Mares Forest and Limestone Canyon Walk with a little side detour to the Painted Cave, 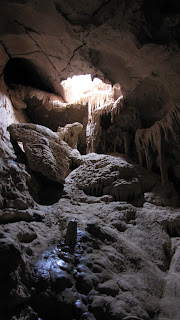 its only a small self guided cave with lighting on a timer but it gives you plenty of time to look, 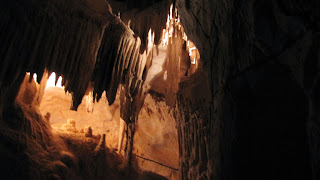 the cave goes thru to a ledge that looks down Limestone Canyon. 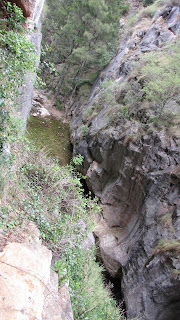 The canyon has steep rocky walls with a creek running thru it, then onto Fig Tree Cave which is also a self guided cave but you have to pay to go into this one. 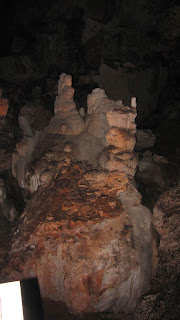 This cave was so much better than Abercrombie that we visited last week, was well lighted with a recorded commentary as you walked thru and the limestone formations were beautiful. 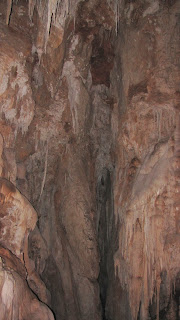 We had hoped to do a guided tour but they have a minimum number of 4 before they will do a tour and Fred and I were the only ones there.
Went to have lunch and discovered I had outdone myself I didn't just forget something I forgot the whole Picnic Basket. Luckily the Kiosk sold basics like pies and snag rolls so were able to eat.
After lunch we did the Waterfall Walk which followed the Wombeyan Creek to the waterfall 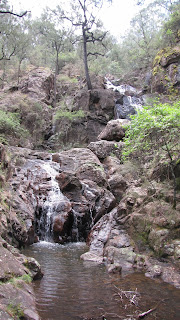 and then around the hill to an abandoned Marble Quarry back to the car park. It was a hard walk and we were buggered when we got back.
Then it was back to Taralga to batten down the hatches before we got hit with a humdinger storm.

Posted by Jenny's Ramblings at 2:24 AM

Jenny's Ramblings
wherever we park the Caravan, Somewhere in, Australia
Married with 2 daughters 4 stepsons and 11 delightful grandchildren 7 girls and 4 boys and 1 great grandson and 1 great grandaughter